Find out all the latest announcements on Turkish tourism sites and much more to help you plan your next Turkish holiday!

Applications for the Tekno-Fest technology competition are now open!

To be in with a chance of winning and attending Tekno-Fest in August 2022, ioin thousands of other young people by participating in one of the 39 different technology competitions. The deadline is March 7. 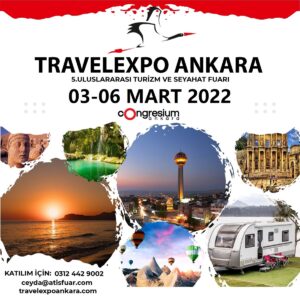 The Ministry of Culture and Tourism is sponsoring the ‘5th TravelExpo Ankara’ International Tourism and Travel Fair. The event will be held between 3rd and 6th March 2022 at the ATO Congresium Fair and Congress Centre. On the 25th of November Halal Expo 2021 will open its doors to exhibitors and visitors from all around the globe at the Istanbul Congress Center. Halal Expo is an annual event organised in cooperation with the Ministry of Culture and Tourism and other related ministries and public institutions of the Republic of Turkey. 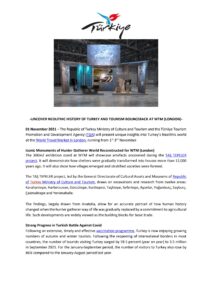 The Republic of Turkey Ministry of Culture and Tourism and the Türkiye Tourism Promotion and Development Agency (TGA) presented unique insights into Turkey’s Neolithic world at the World Travel Market in London, which ran from 1st-3rd November. 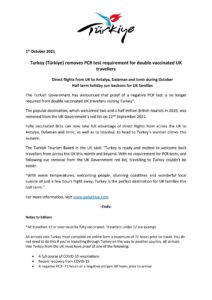 The Turkish Government has announced that proof of a negative PCR test is no longer required from double vaccinated UK travellers visiting Turkey.

The popular destination, which welcomed two and a half million British tourists in 2019, was removed from the UK Government’s red list on 22nd September 2021. Fully vaccinated Brits can now take full advantage of direct flights from across the UK to Antalya, Dalaman and Izmir, as well as to Istanbul, to head to Turkey’s warmer climes this autumn. 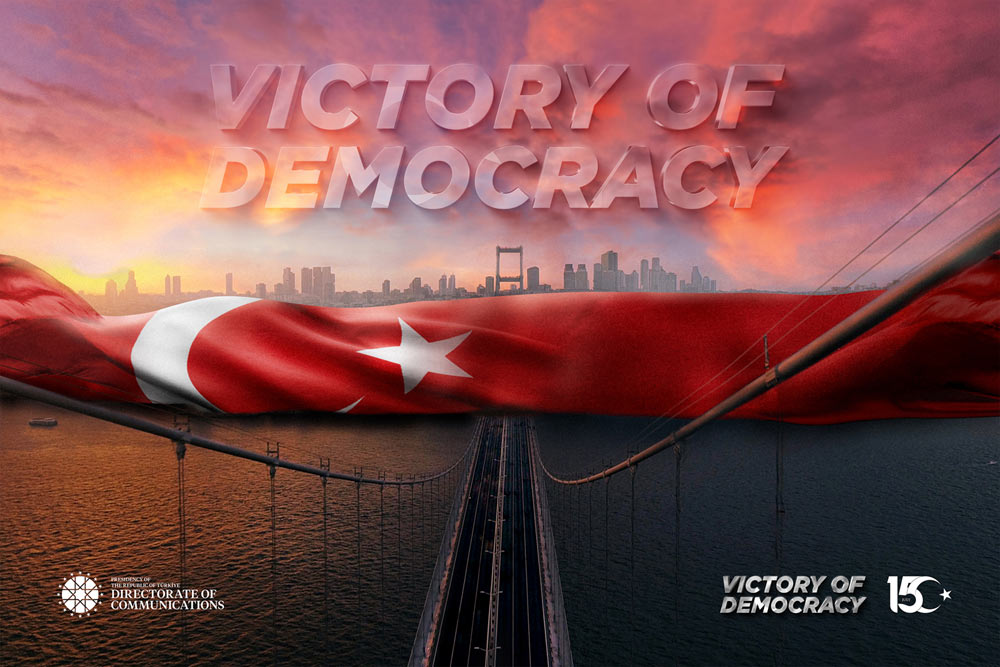 An Important Milestone in Turkish Democracy

We are commemorating the fifth anniversary of the failed coup attempt on July 15, 2016. The people of Turkey, from all backgrounds and political views, resisted and displayed historic solidarity as they stood together and reclaimed their democratic rights. Sadly, 251 Turkish citizens lost their lives and 2193 were wounded.

The Presidency’s Directorate of Communications will tell the stories of citizens who were martyred in the July 15 coup attempt to the international public in English, through a live broadcast from the July 15 Monuments in İstanbul and Ankara. 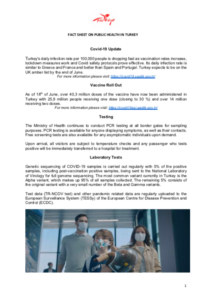 The Turkish Culture and Tourism Office have compiled a useful factsheet on public health in Turkey, which includes information on infection rates, the vaccine rollout programme and testing.  The full factsheet is available for any trade or media partners to view below. 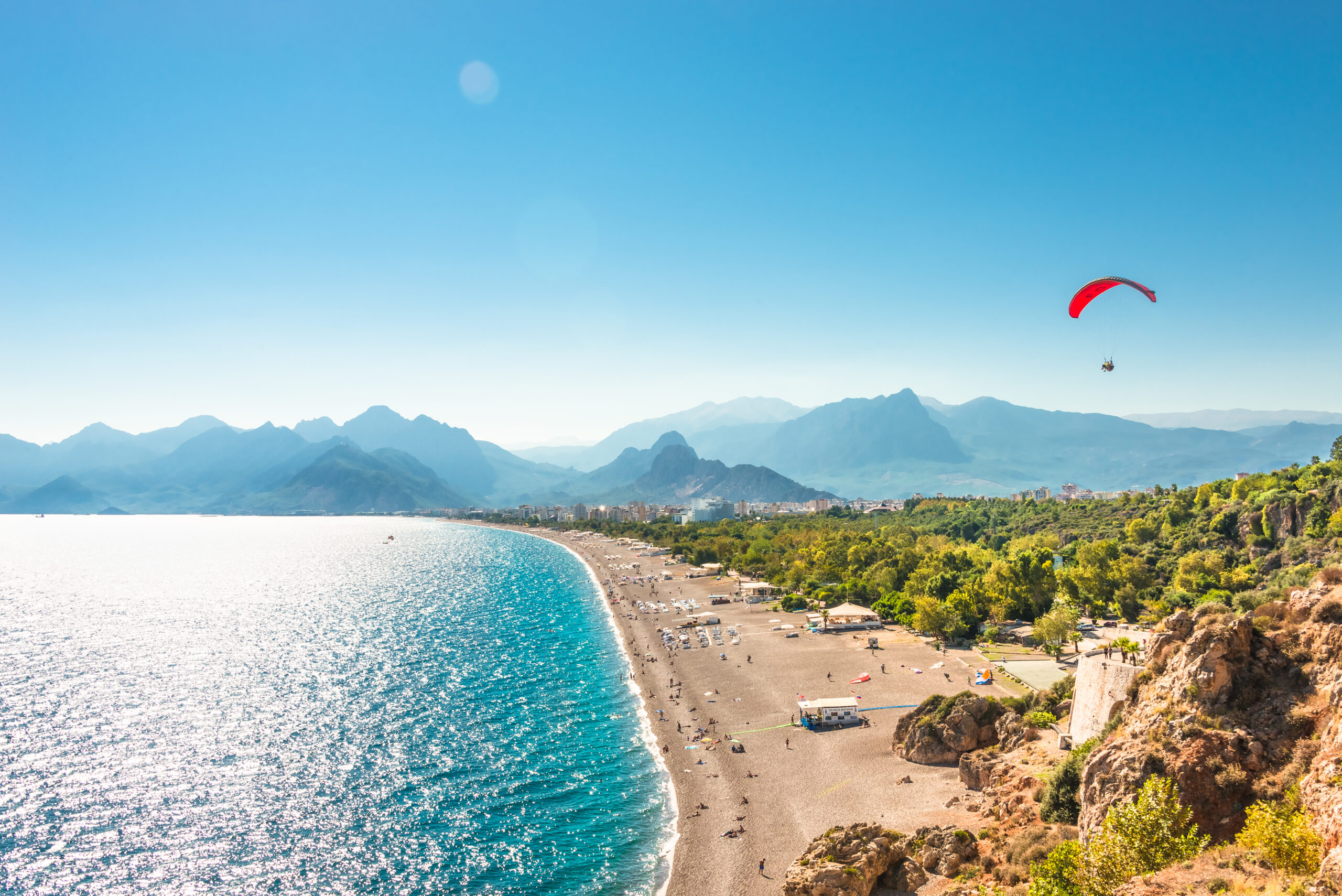 Turkey is ready to welcome British visitors with open arms

Turkey has announced it intends to welcome UK travellers this summer as soon as the Covid-19 pandemic permits international travel from the UK, and the country is taking all steps necessary to ensure it continues to be safe. No vaccine certificate will be required and current PCR test proof for British citizens to enter Turkey is to be reviewed on 15th April. Tourism employees in Turkey are to be vaccinated for the summer season. 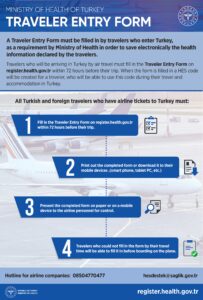 All arrivals into Turkey, except Turkish citizens or residence permit holders, must complete an online Traveler Entry Form within 72 hrs of travel. This is not required for those passengers transiting Turkey enroute to another country. 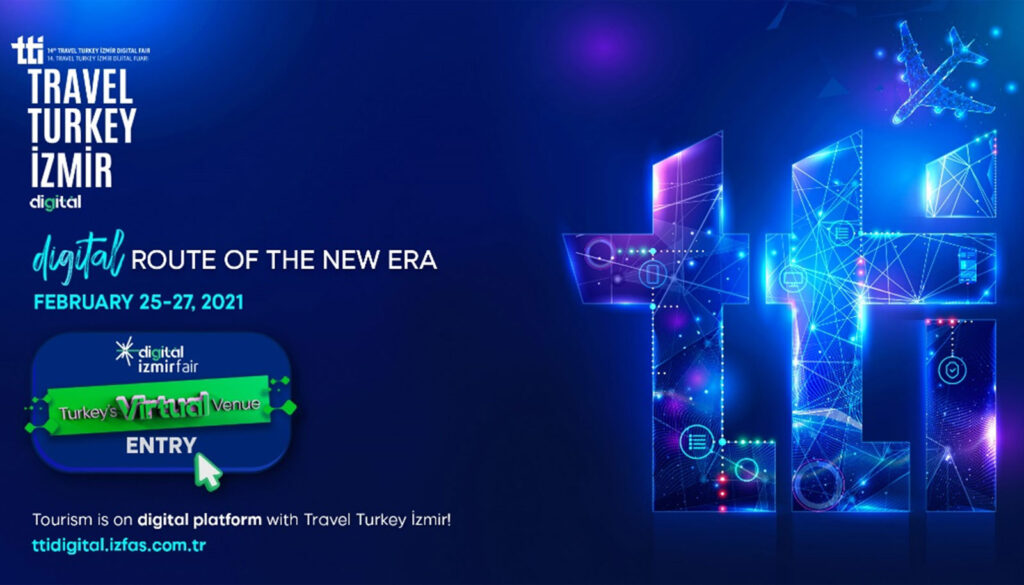 Organized under the auspices of the Ministry of Culture and Tourism with the cooperation of IZFAS(Izmir Fair Services Cultural and Art Affairs Trade Inc. and TURSAB Exhibiton Services Inc. Co. and hosted by the Izmir Metropolitan Municipality, It will be held only virtually with its own digital infrastructure and will take its place among the digital fairs around the world as the 14th Travel Turkey Izmir Digital Fair.

Take your place in 14. Travel Turkey Izmir Digital Fair if you want to be a participant in Turkey’s digital platform, get detailed information about the digital fair platform, live virtual fair experience and revive together the tourism sector into the digital. 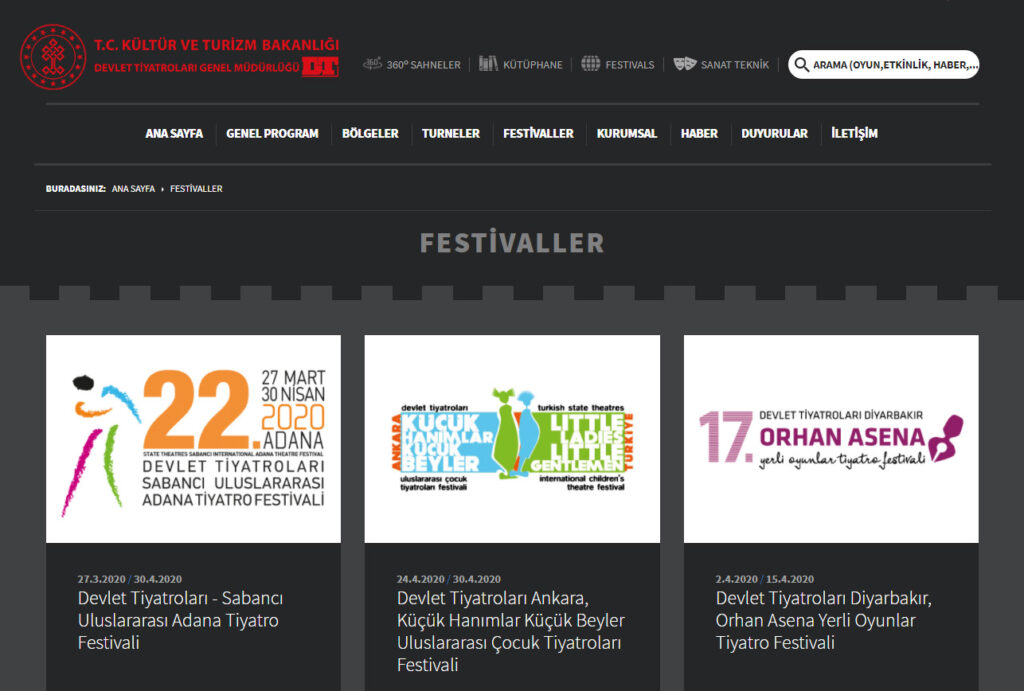 Ministry of Culture and Tourism, General Directorate of Turkish State Theatres would like to invite you to Festivals in Türkiye.. 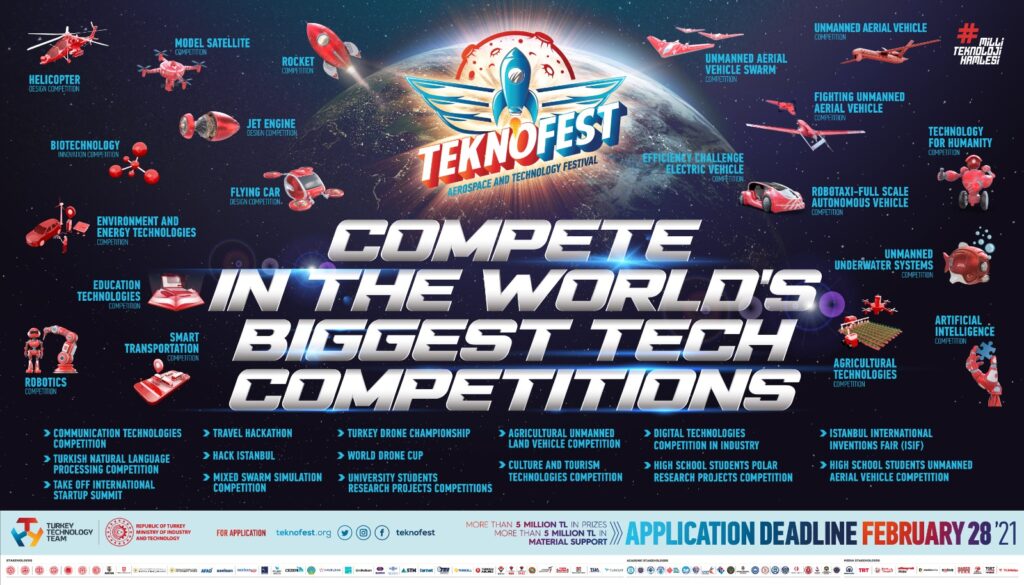 The applications for technology competitions held within the scope of TEKNOFEST, the world’s largest aviation, space and technology festival, have started.

Download Press Release
We use cookies to provide you with a better experience. By clicking accept, you consent to the use of all the cookies. Find out more here
ACCEPTREJECT
Manage consent